The Pasold Research Fund was founded in 1964 by Eric Pasold O.B.E. through the donation of shares in his family business, Pasolds Ltd.

The British Pasolds business was established in 1932, at Langley near Slough, west of London, as a branch of the two hundred year old, six generation, Pasold family firm in Fleissen (now Plesna) in the Bohemian Egerland. In the 1920s the Fleissen company had developed a substantial trade in clothing with Great Britain.

British import controls in 1931 encouraged the firm to set up a branch in Britain. A factory site was sought away from the traditional textile districts hence the choice of Langley. Throughout the 1930s the British branch of the company gradually gained substantial orders from many British chain stores, including Woolworths, Marks & Spencers, Littlewoods, Debenhams, and Great Universal Stores, and began to develop export markets.

The Fleissen business was destroyed as a result of the Second World War, when Czechoslovakia deprived Sudeten-Germans of their civic rights and property and expelled them. After 1945, the British business expanded rapidly supplying huge quantities of unbranded clothes to Woolworths, and ‘St Michael’ label goods to Marks and Spencers. 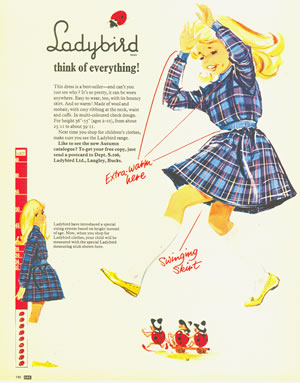 The company’s greatest success was to establish the renowned ‘Ladybird’ brand for children’s clothes, which were supplied to several thousand shops and children’s wear departments in many chain stores. Ladybird T-shirts, dressing gowns and pyjamas were sold in enormous quantities, promoted by innovative advertising, including comic strips in children’s publications. The Ladybird brand became a household name. By 1957 Pasolds’ 850 employees were manufacturing a million garments a month, in what they claimed to be the most modern knitwear factory in the world. By 1960, annual sales were £4 million, rising to £10 million by 1964, by which time it was exporting to some ninety markets around the world.

Eric Pasold was head of the company and its driving force, aided by his two younger brothers, Rolf and Ingo. Pasolds production was based on machine knitting. Eric Pasold had received a technical training and had developed a considerable flair in adapting and refining machinery for his company. He had long had an interest in the history of textiles, particularly in the history of machine knitting, and had become fascinated about William Lee, the inventor of the original knitting frame.

In 1954 the Pasold family firm had been converted into a public limited liability company. Eric Pasold later explained that for the first time in his life he had a considerable sum of money, which did not have to be ploughed back into the family business. It was part of that money, in the form of shares, which Eric Pasold used to establish the Pasold Research Fund as a charitable trust for the promotion of the study of the history of textiles and the textile industries. 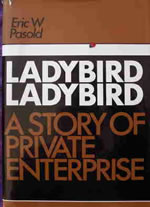 Further information on The Pasold Research Fund can be found in our online flyer.

Further information on the history of the Fund and its journal Textile History can be found at: http://www.maneyonline.com/loi/tex.

The Pasold Research Fund is a Registered Charity and a Company Limited by Guarantee. Its Trustees are the Courtauld Institute of Art and The London School of Economics.